skip to main | skip to sidebar

Another Punk Britannia review, and some middle-aged angst 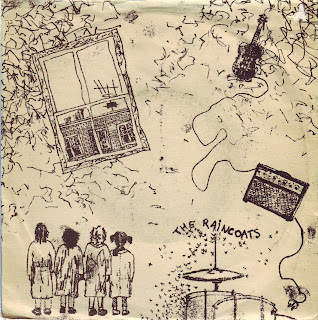 I've been thinking and writing a lot about punk lately. And I don't know if I want to think and write  about it any more. It's very easy when a lot of your thinking and writing is done online to find yourself trapped inside the same conversation. But I never wanted to be defined by my past.


That was then and this is now. In the real world I am, I like to think, a fully rounded human being. I don't normally have conversations about punk. I care about a lot of other, different things.

And sometimes I'd rather have an argument about whether the Jam, or the Stranglers, or Billy Idol were 'really punk'.

Those are the conversations that have been happening on Twitter while we watched BBC4's Punk Britannia series. I know it's stupid, but I still care about those questions. And I still think I know all the answers.

Does that mean I'm shallow? Does it mean the past is more real? And if so, where does that leave me? In some reminiscence therapy project for old people? (You'd think so from the director's patronising response to viewers' comments on the BBC's Punk Britannia blog: 'I’ve enjoyed reading your memories of the punk era and what it meant to many young people at the time.')

No, I don't want to be defined by my past.  But, like everyone, I was created by it. What's more, I am one of those people who likes to say: 'Punk made me what I am.'

That's not in itself a good or a bad thing. Or anything to be proud of, necessarily. Punk made Garry Bushell what he is too. And this guy, who says punk made him Ernst & Young entrepreneur of the year. But other people too, like Frank Cottrell Boyce, widely tipped as the next Pope after his appearance on Desert Island Discs, or the guy who wrote the play Meeting Joe Strummer.

We all want to own a bit of punk mythology. I still think that I'm right about the real spirit of punk. Of course I do. I'm still 18 in the head. So I viewed those BBC programmes through teenage eyes and I knew that I knew better.

The first two parts of the Punk Britannia series annoyed me because they followed the line that punk began and ended with the Sex Pistols (and in London). It was just another rock'n'roll story. Of course I loved the rock'n'roll side of punk, and still do. I loved the kick I got from that music and I loved the kick that music gave to the establishment, and all that stuff is important. But there's more. And that's more important.

The final part of Punk Britannia told some of that story. My story.

They called the music post-punk but the people making the music were simply punks: the mavericks and outsiders who'd been inspired to 'keep changing and questioning' (as one interviewee said). Not standing still. Not conforming to a stereotype. Not wearing a uniform. Three chords and a leather jacket isn't what makes you a punk: what makes you a punk is (to quote John Lydon) doing it yourself, because no-one's going to do it for you.  Changing, questioning, and looking forwards not back.

That was then and this is now. I'm still bored. I still feel I've got no future. But, if I'm going to stay true to those roots, I have to leave the past behind. I have to look forwards.

This is going to be  my last word on punk. Maybe.
Posted by olderthanelvis at 21:19

olderthanelvis
I may be old, but I saw all the cool bands.

What's it all about?

My first blog post:
Woke up this morning, I was older than Elvis.